Liability
Get all your business covers in one place

Get Your Quote in 2 Minutes or Less. A quote from Alliance Africa General Insurance is free and there is no commitment.
Get a Quote

Liability insurance policies offer liability cover for company managers to protect them from claims which may arise from the decisions and actions taken within the scope of their regular duties.

Such policies cover the personal liability of company directors and officers as individuals (Side A cover), but also the reimbursement of the insured company in case it has paid the claim of a third party on behalf of its managers in order to protect them (Side B or Company Reimbursement Cover).

Managers can make mistakes – and are often personally legally liable for them. They constantly walk a fine line, making tough and complex decisions with huge impacts on the basis of the sometimes limited information available. This increased complexity in the operating environment puts managers in the firing line.

The most Common Directors & Officers liability risk scenarios include:-

What’s not covered All current, future and past directors and officers of a company and its subsidiaries are covered under a D&O policy, which can also include non-executive directors.

In very specific cases like securities claims, the policy can even be extended to cover claims against the company itself. Cover is usually taken out and paid for by the company.

In addition, extensions to many D&O policies also cover costs for managers generated by administrative and criminal proceedings or in the course of investigations by regulators or criminal prosecutors.

All our products cover both damages and defence costs arising from allegations that maybe made on a company from a third party. The wordings are suitably customized for the various professions as required. 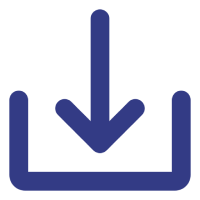 How to File a Claim? After you buy any of our insurance plans, you live tension free with our 3-step quick claims process!
Step 1Give us a call; +256 392 177 281 or send us an email at info@allianceug.com and we’ll call back.
Step 2 Upload the required documents and your personal credentials details, on the link sent.
Step 3We’ll take care of the rest!

Public liability
Workers compensation
Professional indemnity
Personal accident
Motor
Covers both private and commercial vehicles on a third party policy or comprehensive basis.
Read More
Property
Covers the insured's property against loss or damage caused by fire and allied perils.
Read More
Projects & Engineering
Comprehensively cover various types of risks exposed to a civil contract.
Read More
Marine
Covers the loss or damage of ships, cargo, and any transport or property.
Read More
Finance
Covers the loss of your money whilst in transit and whilst in the premise.
Read More
Travel
Cover any emergency medical-related expenses, trip cancellation or lost luggage.
Read More
Accidents
Cash, bank notes, brand drafts, currency notes, cheques, current postage stamps, postal orders, mone
Read More
Liability
Protects you against claims for personal injury or damage to a third party.
Read More
COVID Crusher
A Covid Crusher is a single-use cover designed to protect you against COVID-19 related financial impact.
Read More
Home Alone
Gives protection to contents against fire and burglary while you are away and your house is locked.
Read More
Domestic Trip
Gives protection to fare paying commuters within city, to anywhere in East Africa.
Read More
Trade All Risk
It's to provide an ease of handling with peace of mind cover to small traders, It's a Shop keeper
Read More

How do I cover items that I take away from the home?

You will need contents insurance, sometimes known as all risk cover, for items for which you require cover out with the home. Please provide details of these items at the time of quotation to ensure that the policy provided meets with your requirements.

What is accidental damage cover?

You will need contents insurance, sometimes known as all risk cover, for items for which you require cover out with the home. Please provide details of these items at the time of quotation to ensure that the policy provided meets with your requirements.